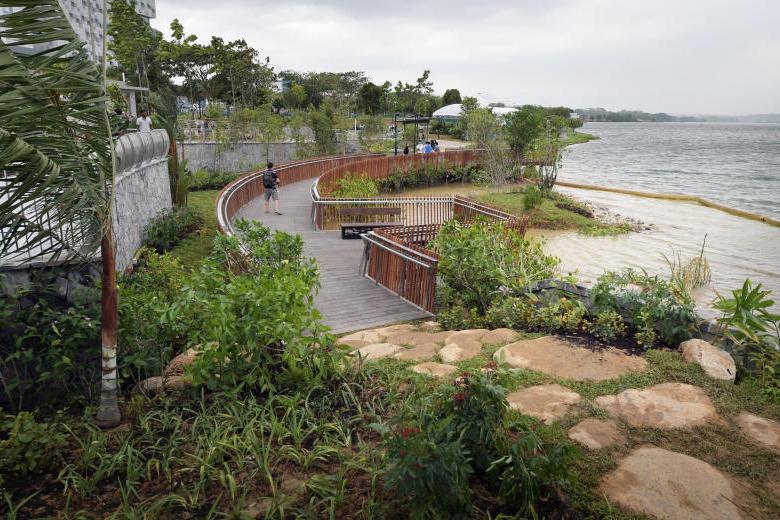 A section of the new walkway and lookout point along Rower's Bay, which is part of the Round Island Route, in Lower Seletar Reservoir

The 36km Coast-to-Coast Trail, which stretches from Jurong Lake Gardens in the west to Coney Island Park in the north-east, was launched on Saturday (March 30), linking parks like Bukit Batok Nature Park, Botanic Gardens and MacRitchie Reservoir Park in one continuous route.

A park at Rower’s Bay in Lower Seletar Reservoir was also launched, forming part of the first 60km phase to be completed for the 150km Round Island Route park connector, which will be finished by 2035.

And by the end of this year, a new 1.5km park connector next to Rower’s Bay will be completed, with the rest of the loop around Lower Seletar Reservoir progressively planned and finished in the future, said the National Parks Board (NParks) at the launch at Rower’s Bay.

More sections of the Round Island Route will be completed in the next few years.

By next year, Seletar Aerospace Park and Sengkang Riverside Park will be connected, and the public will be able to enjoy a 60km route between Rower’s Bay and Gardens by the Bay, via Sengkang, Punggol, Pasir Ris, Changi and East Coast Park.

By 2021, another 60km of paths between Gardens by the Bay and Rower’s Bay, part of which runs along the Rail Corridor, will be connected, making a loop of 120km.

At the launch, Minister for National Development Lawrence Wong noted that the park connector network has grown over the years to over 300km. It will be increased to 400km by 2030.

“Designing and developing these park connectors is a serious matter,” he said.

“We do it in a way that’s deliberate and systematic because the park connectors also serve as green corridors and ecological links to protect our natural diversity.”

The Coast-to-Coast Trail connects parks and nature areas through footpaths at several areas, but these will progressively be replaced by park connectors. 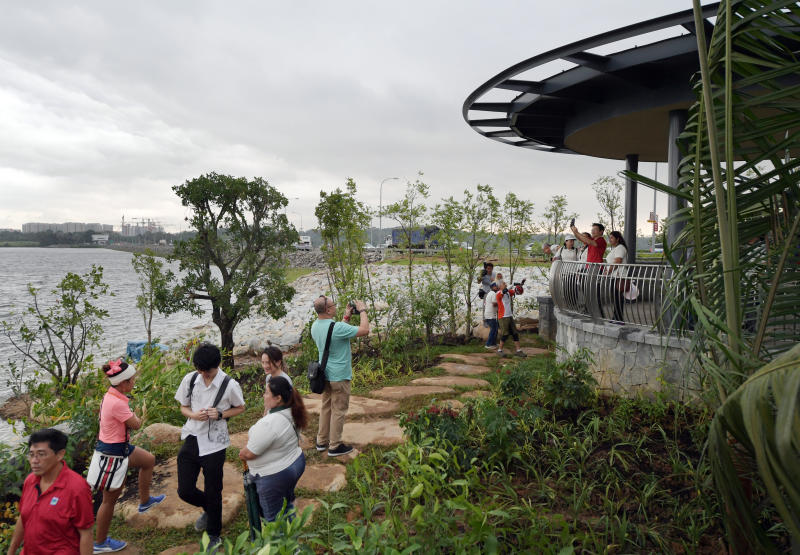 An app for the trail, the NParks Coast-to-Coast app provides information on native flora and fauna through augmented reality 3D-animated characters. Users can also rack up points for rewards like food and beverage vouchers by, for example, uploading photographs they took of the trail to share their experiences.

The app was developed by information technology firm Revez Motion and can be downloaded from the Google Play Store and App Store.

A 36-hour Coast-to-Coast Trail Challenge also kicked off on Saturday at noon and will end at 11.59pm on Sunday. Participants who collect 1,600 points in the app, complete in-app challenges, and upload photos of themselves at all 10 checkpoints on the trail will be eligible for a lucky draw to win either an iPhone XS 64Gb or a Samsung Galaxy S10+ 128Gb.

As for Rower’s Bay, it now boasts a boardwalk, swales, a wetland and amenities like shelters, a bicycle repair station and toilets.

The wetland around the boardwalk is planted with species that provide food and shelter for native wildlife that can be found in the area, such as the grey heron and copper-cheeked frog. 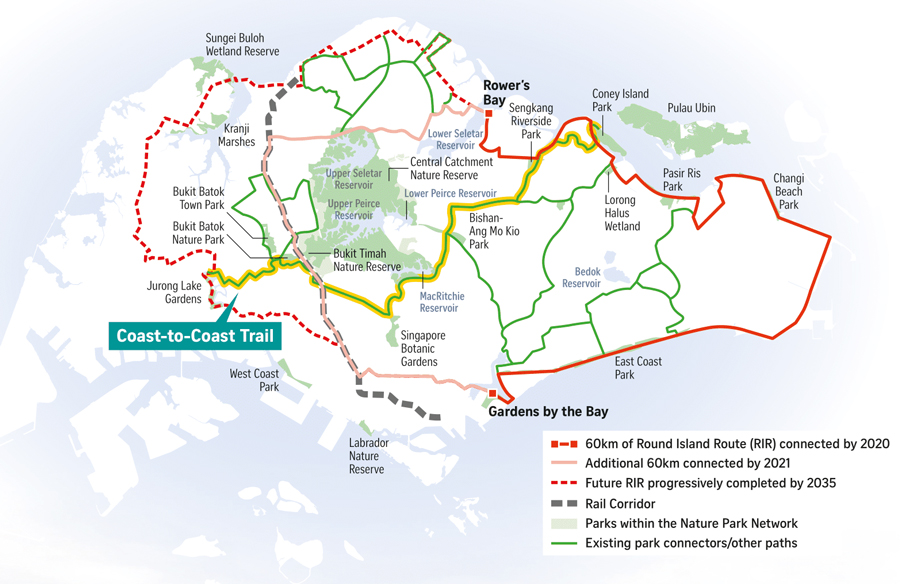 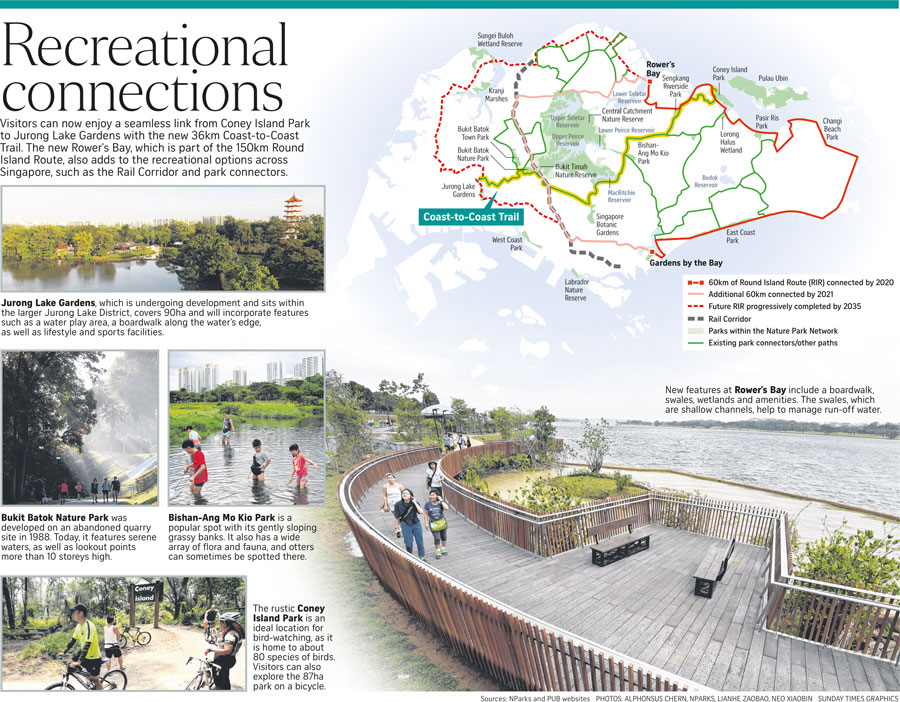